In face of the most recent hidden changes in Real Racing, which have brought up a fruitful discussion about how much they could actually change the game without further notice, I bring this space for your satisfaction. Tell us about what you dislike a little in the game, and suggest a fix or solution if you can! Tell you hate some aspects of the game, spit on the ground, blame the Monkeys even if you fear others will say it is a free game and they already give us so much!

I can start with the aspect that bothered me another good hour scattered through the day today, which is the way the Monkeys have dealt with costumers and their own code.

We shouldn't care if some spec of dust goes lost and gets trapped in one's favorite or promising part of the game, but there's times it looks like their team just didn't care.
Let me take the current BMW event as an example, specifically Day 05 Goal 05:
they ask us to compete for lap times and set you up alone in the track BUT don't eventually call it Time Trial! 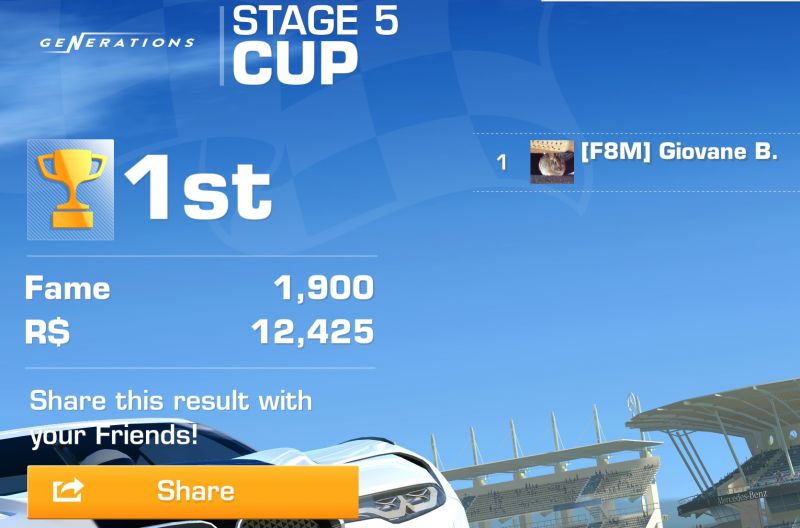 Then trey show another panel with you alone in the grid with no visible race-time, thus essentially telling you that you just happened to have donee a big nothing!

.
.
I mean: I had fun in this goal, which is somehow what I expected for years! Literally.
But my point is: they absolutely should take a look at the goals and race/performance indicators, to see if the win is viable and if all tabs are showing everything right!

And to finish this forum entry with an again simple detail showing they don't actually do proof-reading and a test-drive on the soon-to-come goal.

Really?? Do they think all players could benefit from removing any assists?
ok, these are just a couple if minor details but it shows how the Monkeys act regarding these little, logical aspects of the game.

...
Note - my point in the last image is: it's ok that they disable assists to improve drive skills, specially when they do it in a few races in a row, in the same track preferably. However, the above is not the case! They out that condition at the end of an event. Is a kinda difficult track. IN REVERSE! Most of us will never run that track in reverse again. There was no time for us to learn that track in reverse, so by forcing it to be without assists they basiclally provide an adventure, which has nothing to do with improving racing skills.
...
Top
1 rep