Hey all, looks like I'm not the only one who's been able to get into the challenge ahead of time, which is great to see - if anyone wants to add to or post the preview, jump right in!

You get the Audi, of course, and can upgrade and customize as you wish from the start.  They even make a point of saying you can keep all upgrades and customizations after the challenge, whether you win the car or end up buying it (lesson learned from Le Mans!). 5 gold for finishing.

For those of us who get in early, the races are naturally going to be quite easy to win, with standard bots and no prior players for the game to build upon - so it's hard to comment on difficulty.  I won handily with no upgrades so far, but for those who want to upgrade:

more to follow in other previews. And now for pics: 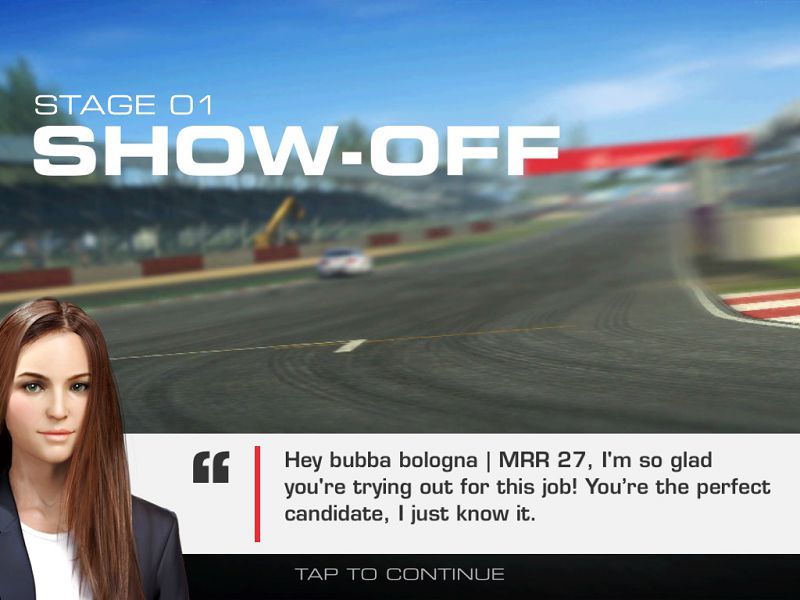 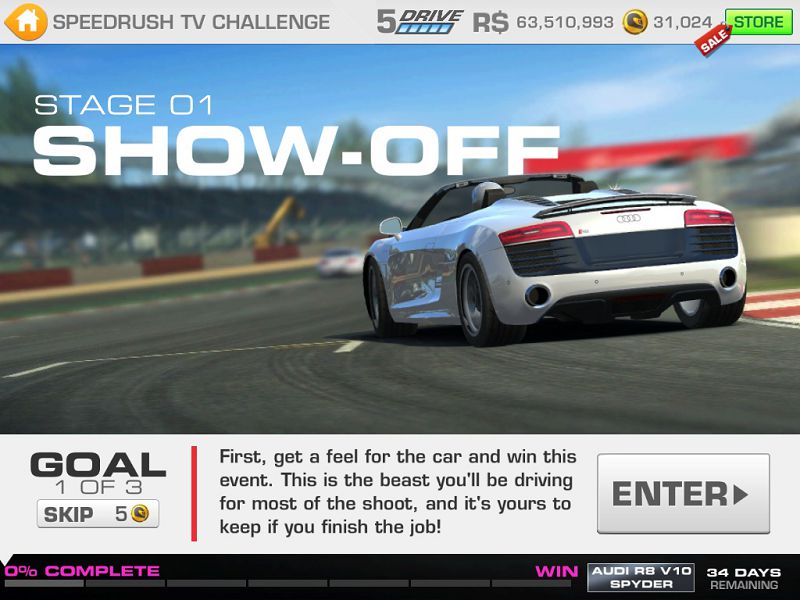 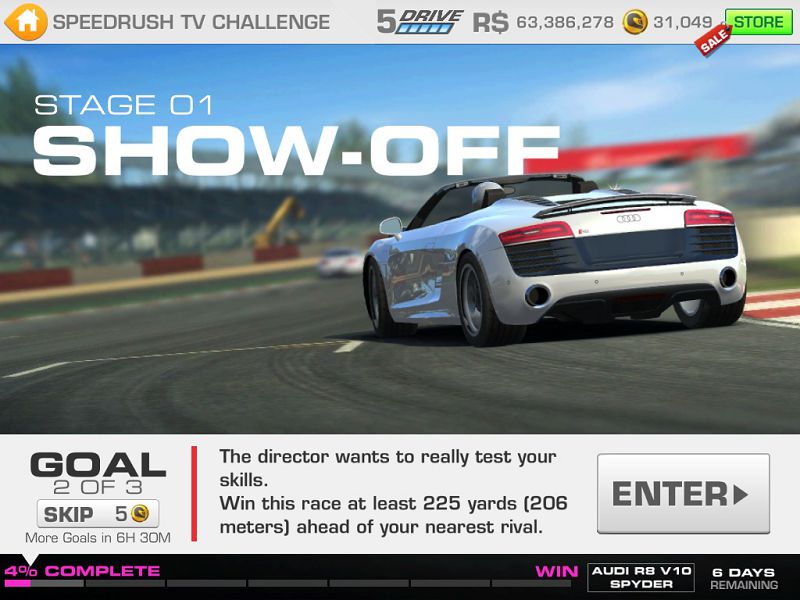 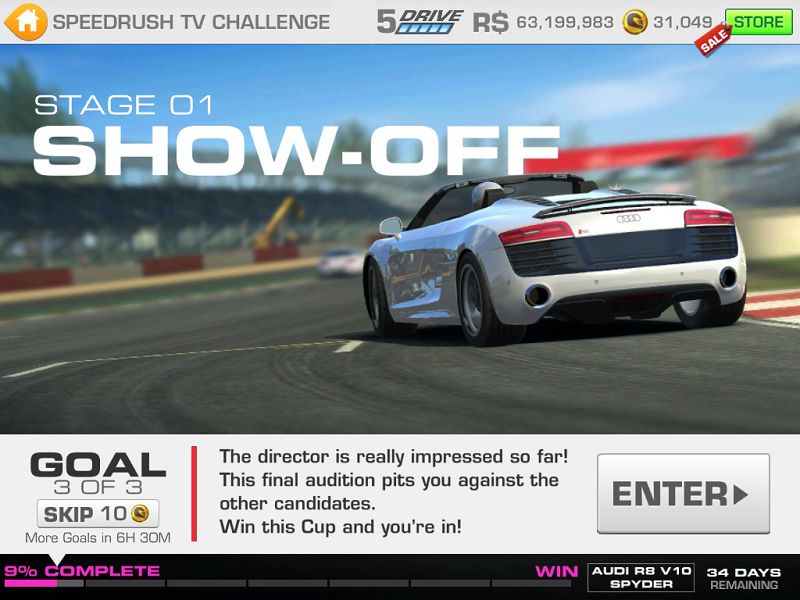